Put away those winter blues, lock the door to your winter pain cave and embrace the glory of spring. Elite (and the not quiet so elite) racers from around the country have finally awoken from their hibernation. Dusting off prized disco slippers and lubing their fearsome gears of war, they prepare to mount their trusted carbon steed and charge headlong, snarling and gurning into battle! For it is time to rejoice, dance and break out the bunting... The British Cycling National Cross-Country Mountain Bike series is back!!!

This weekend sees the start of the much anticipated 2015 British Cycling National XC series, with the honour of hosting the opening round again falling to Sherwood Pines, where many will be hoping the memories of a snow covered winter wonderland of 2013 are not to be repeated.

So why is the National Series so important? Well, Ben from TORQ Performance Mountain Bike Team said it best "...it is the flagship event for the sport in the UK, and the series the riders all want to perform at. There is a good depth to the elite field in the UK, often topped up with foreign riders who visit too, which always makes them highly competitive."

On paper, the 2015 Elite womens category should be a close fought affair - as it was last year – with defending series champion Bethany Crumpton, well aware of the challenges she faces to keep hold of her crown.

“Although it'll be a highly contested series this year, between a number of riders, it'll be great racing and I'm really looking forward to it.” Crumpton said when we caught up with her recently. 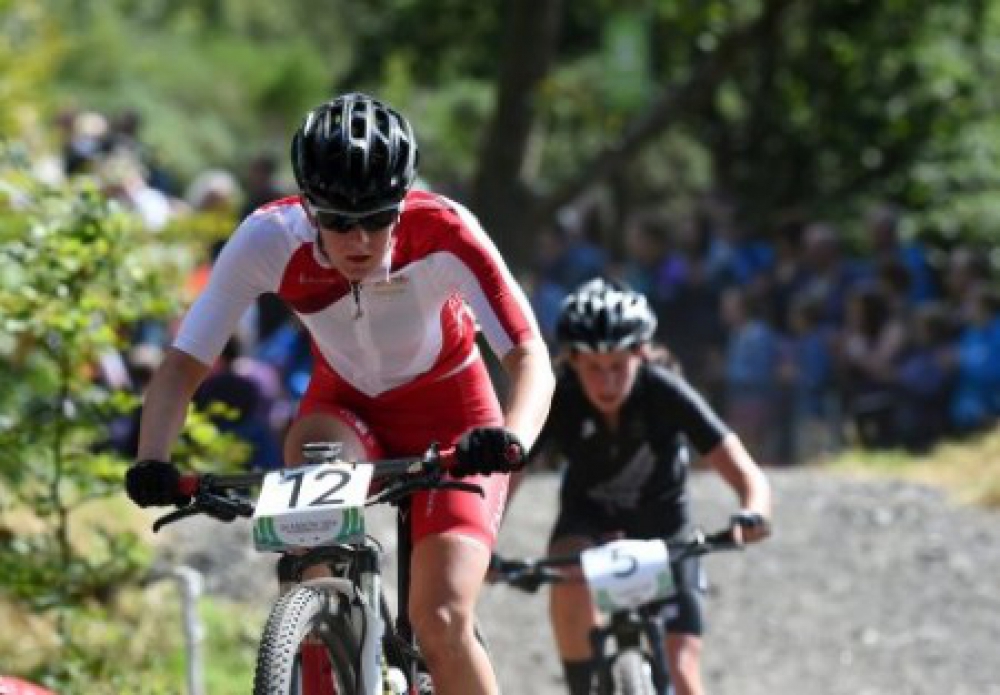 We asked the defending champ who she thought the main challenges would come from this season... “There's a number of riders to watch out for this year. Annie Last who is racing fit, after coming back from her injury last year, she'll be racing really strongly this year as will my housemate/training partner Alice Barnes. A couple of the Scottish riders; rival for the series last year, Kerry MacPhee will be racing strong again as well as new elite and under23 rider Isla Short, she showed how strong she was as a junior and is sure to be up the front contending this year. I think there'll be some close fast racing this year which will be great to be apart of and to watch.”

Last year was also a massive season for Scottish Commonwealth star, Kerry Macphee. Injuries and illness forced Kerry to miss the final 2 races of the 2014 series when she was in a good position to push for top honours. But with the new year brings a clean slate, and Kerry Macphee is ready to grab the new season by the flat carbon horns.

“I'm feeling stronger this year and have some consistent training under my belt from the winter. Technically I have improved too, so if I can bring those elements together in a race I think I can be consistently within the top 5 again. I will be aiming for higher than this though.”

Although the National XC series is a massive part of Macphee's season, by her own admission, the National series is not the top priority. “...outcome wise I will be looking for good results but process wise, and looking at the bigger picture, my goals for this year are to start making some impact internationally and gain valuable international race experience. I will be racing my first world cups and looking to improve my world ranking. Developmentally, I am still a young rider so this year is very much about putting yet another building block in place.”

We also put the question to Kerry of who she thought would be the main contenders this year, “Based on last year I would say that Beth (Crumpton) and Alice (Barnes) came through really strongly in the second half of last year and will also be looking to make an impact this year. Annie Last of course will be a force to be reckoned with but I wouldn't say that's not achievable.” Kerry went on to say, “And of course my pal and training buddy Isla Short, who has made huge technical gains over the winter and will be stepping up to the full race distance this year. She will be just as quick over the longer distance as she was over the shorter distance. Barring those girls, there may be some unknowns in there too and perhaps a couple of the other younger riders coming through.”

Obviously, with Cross-Country being an unpredictable beast there are many racers that could play a major role in this seasons points series, like the ever speedy Mel Alexander. Fresh from her Battle on the Beach win, Mel is sure to be in the mix come race day. Throw in a number of top continental racers to help the push for race day glory and the 2015 women's Elite should be one hell of a scrap!

In the mens elite, the 2014 series champ Paul Oldham looks set to miss a fair old chunk of the 2015 season. An injury back in September, followed by surgery to repair and rebuild his damaged ACL in January means a 6 month layoff for Oldham, and although he aims to be back for the National Champs in July it will put him out of contention for the overall series win.

Grant Ferguson is regarded by many as the rider to watch this year, and rightly so. The 2014 National Champ has enjoyed some great early season form - highlight of which was smashing a world class field on the final climb and going on to take the win at a recent round of the Sunshine Cup in Cyprus - and it's no secret that Ferguson is heading into a pivotal season (final year as U23).

We caught up with Ferguson before the season opener at Sherwood Pines this weekend and he was still being fairly coy about his chances in this years National Points Series.

"Its early in the season so I'm a little unsure of how to rate my chances but it's always exciting to see how my fitness is and to see who else is riding well.” Ferguson went on to say, “My major goals for this year revolve around the World Cup series as I am in my final year of U23 but I really enjoy racing the NPS series and I plan to race quite a few rounds, so yes I hope to do the best I can.”

If Ferguson rides then he has to be one of the favourites for the win, but it's by no means a forgone conclusion. But who else looks good for a win this year? Well, we put that question to one man who knows XC better than most and a racer who, in his own words, will be hoping to “ have a dance in the top ten at some point”. The definition of Evergreen, Nick Craig gave us his ones to watch...

“I think it's going to be an interesting year with the obvious favourite Grant Ferguson after a great month in Aus and super results in the Herold sun tour. Look out for Iain Paton and Mike Thomson; come backs from Stephen Roach (Cycle tec), David Fletcher (Sherwood pines/Felt/ENVE) and Liam Killeen; the in form and super keen Jason Bouttell (Velopro) and never forgetting the Hargroves boys Jody Crawforth and Steve James, also Dan Booth might blast round Sherwood, the list is an endless when you add a bunch of visitors after UCI points.”

Regardless of who takes to the podium, this years National XC Series has the makings of a real classic with plenty of twists and turns on the cards, and UKXCNews will be here to bring you all the news and results as they happen (hopefully). So sit back, enjoy and get behind Cross-Country Mountain BIke racing in the UK!

See you out there!