We caught up with rising cross country star Harry Birchill to get to know a bit about his recent success and upcoming racing opportunities as a first year junior racer.

Harry, for those who don't know you, can you tell us a little about yourself and your background?

My name is Harry Birchill and I’m 17 from Devon and have been riding bikes since I can remember! The first race I did was a South West cyclocross race when I was 7 and since then, I haven’t really stopped enjoying riding my bike and its now taking me to places I have never really thought I’d going.

What has your main focus been this year in terms of racing?

This year has been quite busy being a first year junior and has been my first year of racing International races including 4 of the junior world cups with my best result being 10th, world championships in Lenzerheide, and soon to compete in the Youth Olympic Games which runs from the 6th to the 18th of October. These have been the most important races for me this season but I have also been having a bit of a go on the road this year and went to race out in Belgium where I managed to come home with a KOM Jersey. I have also raced a couple of the National road series races where I managed to get in the top 20 both times. 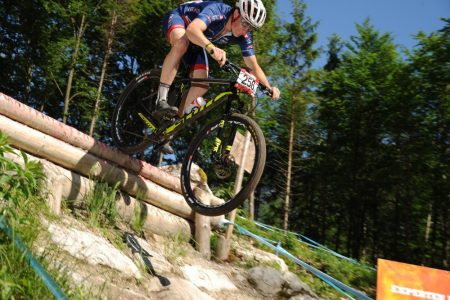 So you race on the road and CX as well as Cross Country. How much do you think they cross over?

I think it works well doing the different disciplines as it keeps it varied and fun and also keeps the options open as I still don’t know what I enjoy best! One of the reasons for doing a bit more road this year was because of the Youth Olympics and how it is run as a combined cycling event so there is 2 MTB and 3 road events. I think that this has definitely helped for my selection and to get a good taste of what the road is like. I enjoy cyclo-cross as well and hope to be going to Belgium this year to get a taste of what its like racing over there in the mud!

You have been part of the Great Britain cycling team Junior Academy for a while now, how has that been working with some of the country's best to help you develop?

I have been part of British Cycling’s Pathway programme for the last three years now with the first two as an apprentice and now going onto my second year on the Junior Academy. I think the training camps that we have are really good with a really strong team vibe, even though we don’t get to see each other that often as everyone’s spread across the country! Being on the programme has definitely given me lots of new opportunity’s and allowed me to do races that I wouldn’t have been able to do on my own. 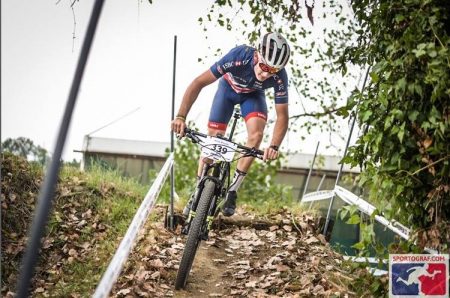 You recently got back from the World Championships in Lenzerheide. How did you get on?

Yeah not the best to be honest! I managed to snap my chain going up the first climb about 30 seconds in to the race. So I ended up running most of the course to the pits and getting my chain fixed, but by that time I was way off the back of the race and as soon as I jumped back on my bike my legs were having none of it after the running.
So sadly it was a DNF for me this time, but it was still an awesome experience and one that I will hopefully get again next year!

What bike are you riding currently?

I am currently riding a 2018 Scott Scale RC Pro with a Rockshox Reverb dropper and Stans Valor wheels. I am supported by Southfork Racing in north Devon with this along with other essential bits of kit.

Racing at such a high level must require a huge level of commitment, can you describe a typical training day?

Balancing my apprenticeship and training is sometimes difficult but when I’m not working my time is pretty much filled with either riding my bike, maintaining my bike, planning sessions with my coach, keeping on top of my nutrition and talking about bikes. It's all pretty time consuming but it’s what I enjoy doing the most! 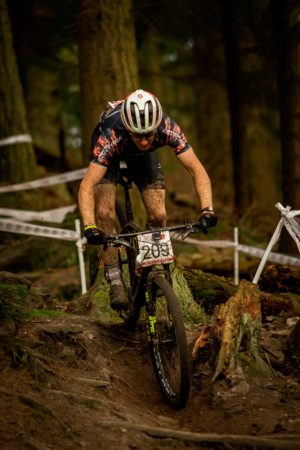 Thanks for your time Harry. We wish you all the best of luck in the future and especially in Buenos Aries in few weeks time for the Youth Olympic games!