This weekend sees the inaugural Hadleigh Park International Mountain Bike race, where all three Male London 2012 Mountain Bike medallists will return to the Olympic course at Hadleigh Park as one of their final races before Rio 2016. Marco Fontana, Nino Schurter and Jaroslav Kulhavy – bronze, silver and gold medallists respectively – have chosen to race the Hadleigh Park International on 31st July as they complete the four year Olympic cycle and make the final preparations for another shot at gold.

Schurter, Kulhavy and Fontana are some of the biggest names in the sport, with huge global fan bases and success in the World’s most prestigious races. On the weekend of 30th/31st July 2016 these big names will be in the small town of Hadleigh, in Essex!

After the 2012 Olympics Hadleigh Park was developed as part of the Olympic Legacy program, and has become a popular public country park with mountain biking tracks for all abilities. It has hosted regional and national mountain bike events, including the National Championships, but this will be by far the biggest race to grace the venue since the Olympics itself. Indeed, the Hadleigh Park International will be the biggest cross-country mountain bike event in the UK since 2012.

To have the Olympic Gold, Silver and Bronze medallists all racing at Hadleigh Park is a very special opportunity for cycling and sports fans in the UK. Unlike the Olympic Games where riders and teams were segregated from the public, at Hadleigh Park International spectators will be able to see the team areas and interact with the riders. There will be opportunities to get autographs and selfies, as well as seeing the racers in action on the track.

Just three weeks ahead of the Olympic Mountian Bike Race, the Hadleigh Park International holds real significance for our London medallists; it is one of the final chances to test themselves, their rivals and their equipment before the big day. It’s going to be full-gas racing with all the tension, excitement and adrenaline of truly World-class sport.

Kulhavy, Schurter and Fontana will be joined by a host of other top elite riders including the Swiss Olympic Team, Scott Odlo Racing Team, the Australian National Champions and many more. 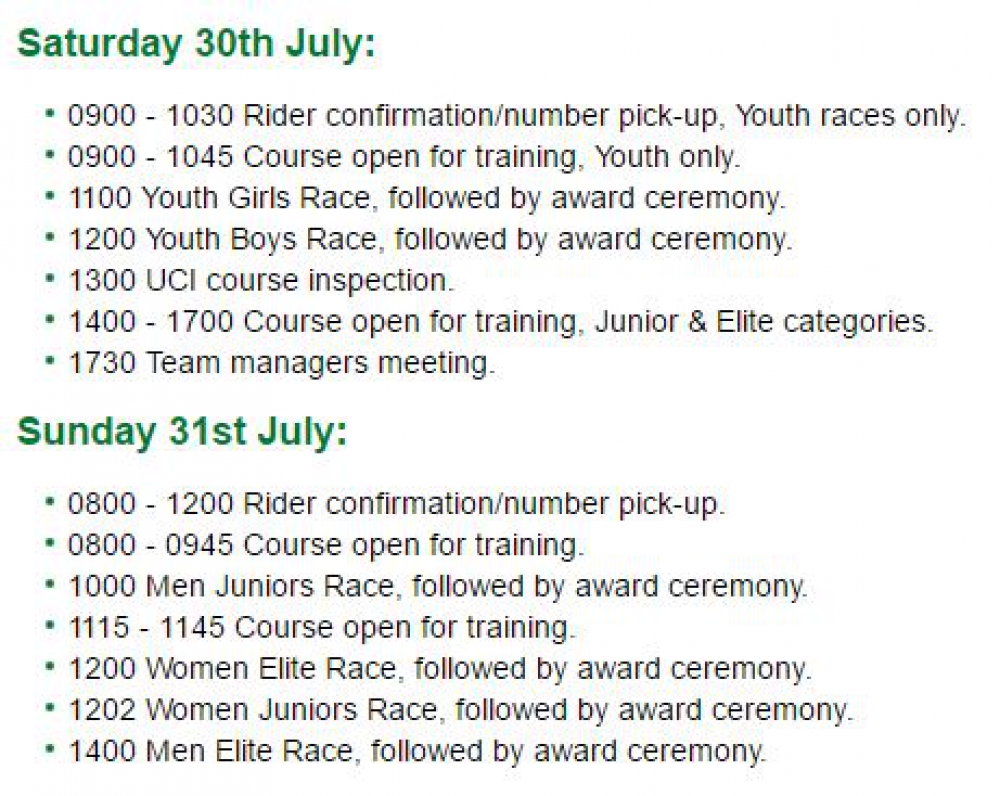 The weekend also includes a round of the Union Cycliste Internationale Junior Series which is the primary international competition for 17 and 18 year olds, and Youth racers will also have the opportunity to ride at an international event. With GB youngsters setting the world alight this year, this is a great chance to see our rising stars race in person.