International quality XCO racing returns to the UK on Sunday as many of the World's finest XC talent use the Hadleigh International as a tune up for the Rio Olympics just three weeks later. With the start of the 2016 Olympic Games barely a week away, the Hadleigh International provides a timely opportunity to cast our minds back four years to London 2012 and the superb race the Essex venue served up. Jaroslav Kulhavy overpowered current World Champion Nino Shurter in the final gallop for the line and both will be back at the weekend to duel it out again. Bronze medalist from 2012 Marco Fontana will also be back to the venue where a snapped seatpost saw his dreams of Olympic Gold shattered.

Others to watch out for include two time Olympic Gold medalist Julien Absalon whose 2012 race was ruined by an early puncture and fellow Frenchman Maxime Marotte who was on the podium at the latest World Cup in Lenzerheide. The race will packed with recently crowned National Champions; Austria's Karl Markt, Begium's Ruben Scheire, Sweden's Mathias Wengelin and our own Grant Ferguson who heads up the British challenge. Also watch out for New Zealand's Under 23 World Champion Sam Gaze and Swiss Olympian Mathias Fluckiger who both could thrive on the punchy technical circuit.

It's disappointing to see only seventeen British racers taking to the Elite Men's start but heartening to see so many youngsters keen to test themselves. Under 23 National Champion Frazer Clacherty, Iain Paton, Mark McQuire, Nick Corlett and Joe Griffiths are young guns shooting for a breakout performance on the International stage. While Phil Pearce, David Fletcher and Jason Boutell are all on form following their National Championship battle in Glasgow two weeks ago. The Elite Men will be started at 2pm.

Swiss rocket Jolanda Neff tops the Women's Elite field and sports the number one plate but the smart money is on Under 23 World Champion Jenny Rissveds who has on a superb race winning streak of form since the Worlds in the Czech Republic. Watch out for Olympians Linda Indergard from Switzerland and Bec Henderson from Australia who's stock will be rising as Rio looms. The dark horse of the race is Pauline Ferrand Prevot who having crashed out of the World Championships in June has been on the recovery trail taking victory at the recent French National Champs but could be challenged by both Hadleigh's challenging course and her decision to take on both the Olympic Road and MTB races. 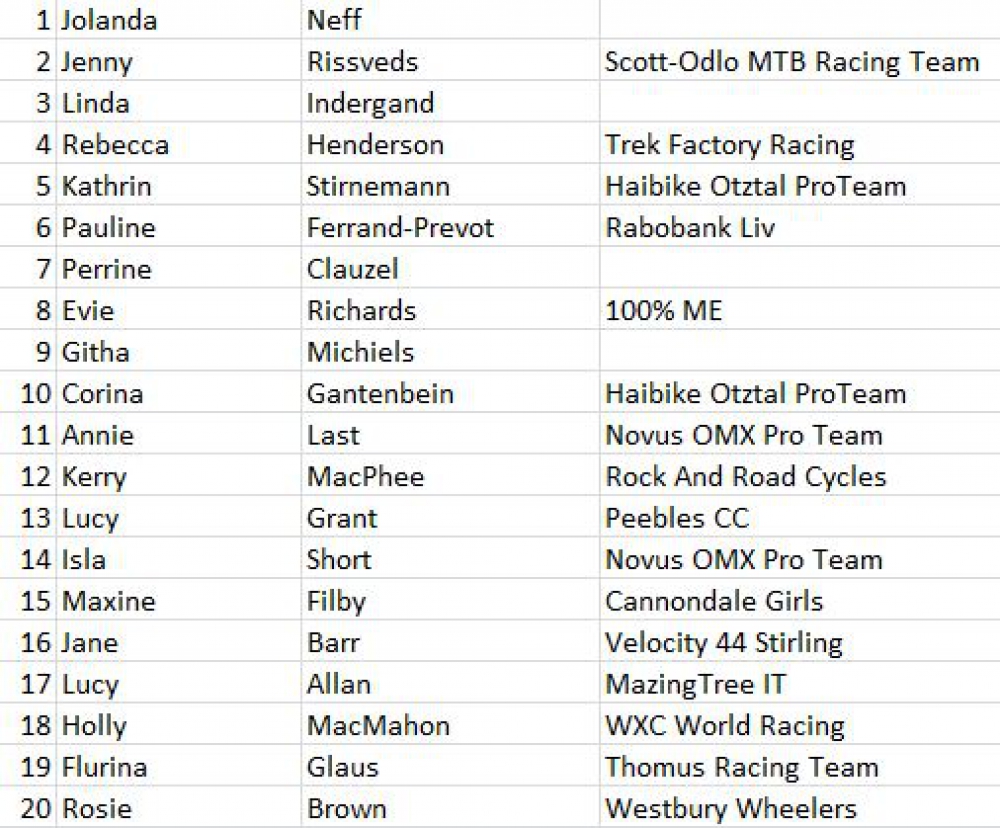 Our recently crowned Senior and Under 23 National Champs lead the British challenge. Annie Last is in great form with a dominant physical and technical performance at Cathkin Braes, a course not dissimilar to Hadleigh with plenty of rocks and steep drops. Evie Richards will be looking to continue her tremendous run of performances this year and will be at home amongst the other hard charging Under 23 internationals. Also keep an eye on the talented Scottish trio of Kerry Macphee, Isla Short and Lucy Grant, while Maxine Filby is riding well and will shine on the tricky course. The Elite Women start at 12 Noon. 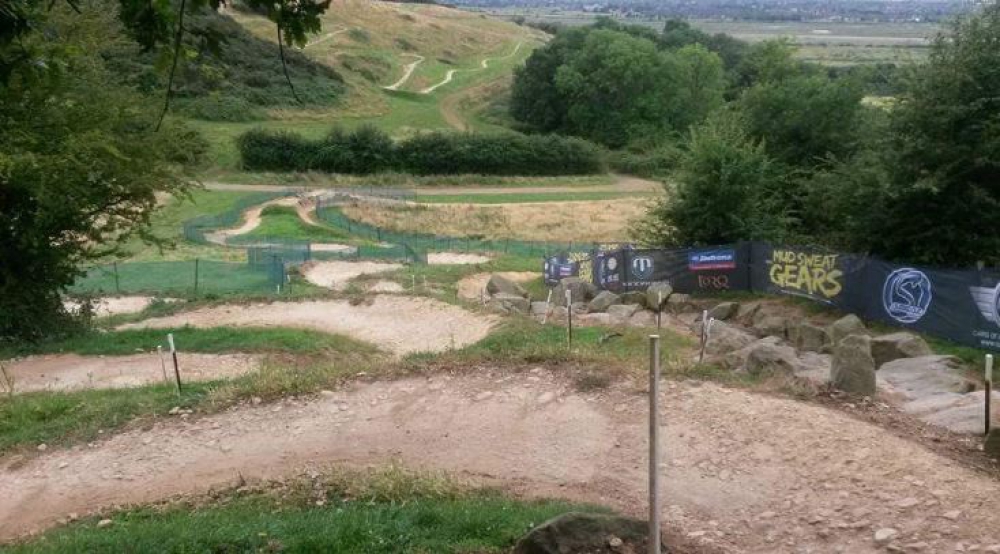 For many the highlight of the weekend will be seeing the GB Juniors in action against top international competition in round 5 of the UCI Junior Series . The Junior Men kick off the day's action at 10am with National Champion Will Gascoyne leading a strong team of GB youngsters. He'll be hoping to continue his great 2016 form following numerous top ten finishes in international races including the  World and European Champs as well as a number of the UCI series races. Other British contenders include National Silver medalist Cameron Orr and Dan Tulett who has been developing his international race experience this season.

The pick of the international crop is Swiss Champion and World's Silver medalist Vital Albin who after a glut of second place finishes will be looking to the top step of the podium. His nearest challengers are likely to be Norway, Spain and Hungary's freshly minted National Champions; Tobias Halland Johannessen, Jofre Cullell and Attila Valter. Tobias took home the Bronze medal in Nove Mesto while the other pair had a close battle at the World Champs eventually finishing 6th and 7th respectively. 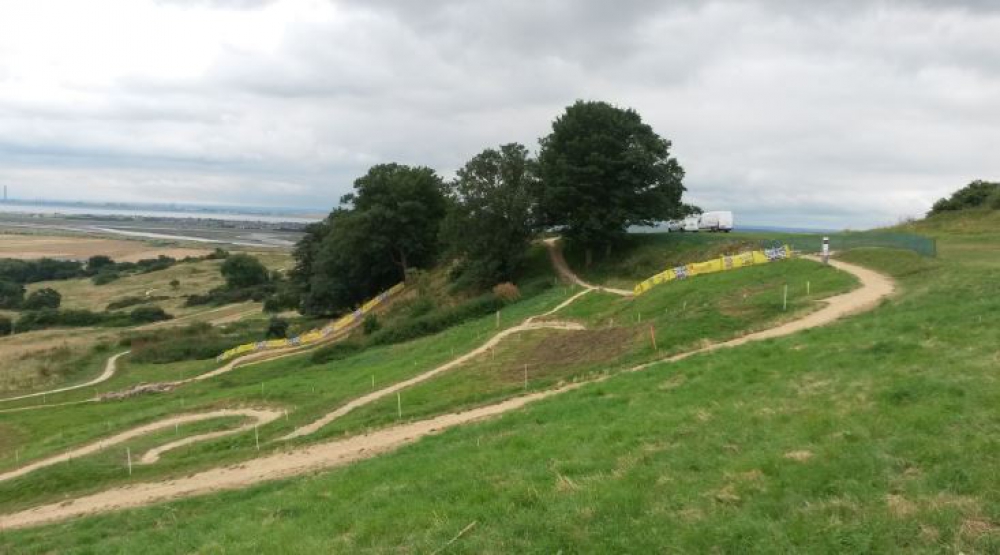 British fans will be hoping our European Champion Sophie Wright has recovered from her big crash in practice at the Cathkin Braes rock drop and will be able to challenge for the win on her home course. Also in contention for the home nation is Emily Wadsworth, fresh from her National Silver medal. The other GB athletes to look out for are Ella Conolly and Anna Kay. 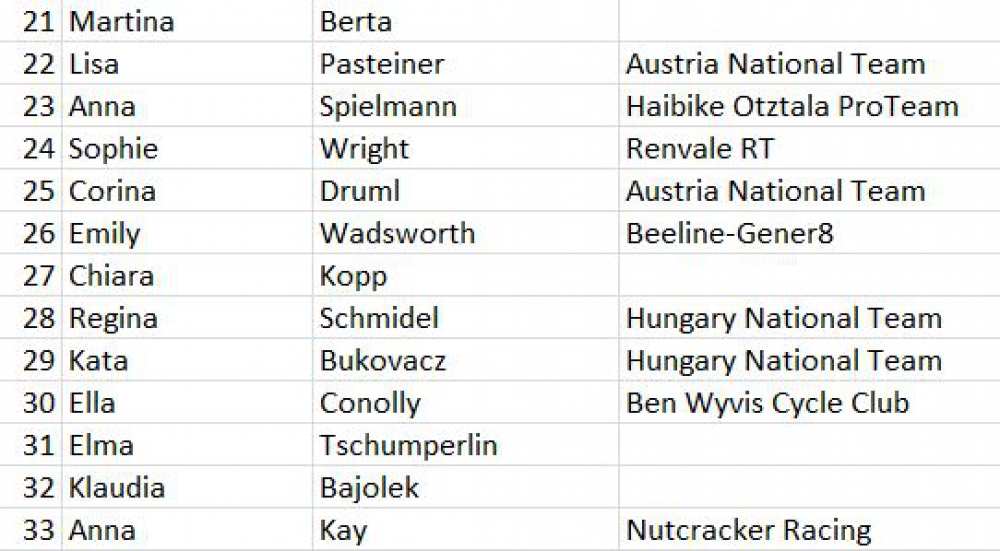 The main international challenge will be coming from the two riders who finished just ahead of Sophie at the World Championships; Italy's Martina Berta and Austrian Lisa Pasteiner, plus the rider who finished just behind, another Austrian Anna Spielmann. With four of the world's best Junior racers in action this could be the tightest race of the whole weekend. The Junior Women start two minutes after the Elite Women at 12:02.

Spectators can access the venue free of charge and the weather forecast is good for the weekend with clear skies, sunshine and temperatures expected to top out in the early twenties on Sunday afternoon.