As human beings we have an inherent curiosity when it comes to the new and undiscovered, so with XC mountain bike racing again on the ascendancy and reaching ever increasing audiences, the temptation to stick yourself on a start line at the local XC race series is almost an evolutionary necessity. 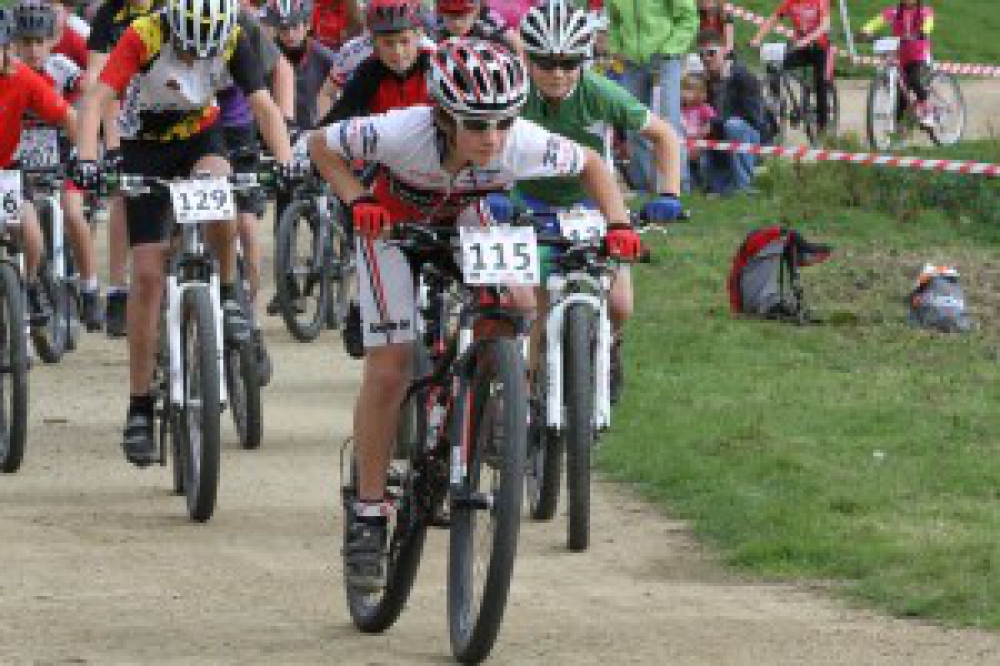 
Now, most of us have been there; you roll up to the first day of anything new, whether it be a new school, new job, new club run or new dentist(?) and those nerves start to kick in. Questions begin to swim around your mind and you start to doubt if you’re actually worthy enough to be there – it was a posh dentist, ok! Before you know it, you’ve come up with a plethora of well worn excuses and your potential moment of glory has gone.


On the 22nd Feb, the expert team behind the successful Mud, Sweat and Gears Eastern XC series want to change all that and have an event set up specifically aimed at the novice rider. This introduction to XC racing will be held at Hadleigh Farm, venue of the now legendary Olympic showdown between Jaroslav Kulhavy and Nino Schurter, and offers you the chance to gain an insight into the XC racing scene whilst also giving you the opportunity to try your hand at Cross-Country mountain bike racing in a fun and novice friendly atmosphere.

We spoke to Graham from MSG (Mud, Sweat and Gears) to get the '411' (yeah, I’m down) on this new event, and to discover how the day would unfold. Firstly, I wanted to ask who they (MSG) were hoping to attract to this new event and who they thought it would benefit...

“Right now we are just aiming it at adult non-racers looking to engage with the sport for the first time, however, it will equally appeal to anyone who finds the race day culture a bit of a mystery.”


Moving on to the topic of what the day would actually entail, Graham said, “What we are planning to do is take folk literally through the whole race day; so right from entering (which is why we’ve got it on the BC system), through to pre race training, bike preparation, kit needed, signing on, number board (you would be amazed how many times riders don’t get credited because their number board is damaged, obscured or badly fitted), practice, gridding, and here we’ll introduce commissaire and their role. Warm up, race starts, then we plan to have a bit of a criterion with everyone having a few starts and races to get into the swing of things. We’ll cover passing and etiquette, tactics and knowing when you are finished – which is not always obvious. Warm down, post race nutrition and so on…pretty much everything that will happen on a race day.”

Graham went on to say, “We will also do the basic skills, such as ready position, braking, front wheel lifts… that sort of thing. Ending (the day) with Q & A's and anything people wish to ask. All in a supportive friendly environment”

The day it's self is priced a £10, which, as an added incentive to put your new found skills into practice, will be refunded if you then go on to enter 2 from the next 3 rounds of the MSG Series (refund against the fee of the race cost).

So what are you waiting for, grab the bull by the horns and get yourself along to Hadleigh Farm on the 22nd Feb… knowledge is power; power is speed! Enter Online now - and enjoy!