It's been a long time coming but on the 5th June 2016, on hill side in Sigulda, Latvia, Team Topeak Ergons Sally Bigham stepped onto the top step of a UEC XCM podium... Victorious!

In the run up to the race Bigham was in confident mood and really looking forward to the Sigulda course, telling UKXCNews that "... it'll be a fast race. Some good competition here but I'm feeling good and I think the course suits me. There are some good trails and super steep climbs - 27% in places. A few descents go straight down Ski runs!"

And suit her it did; an early move from the British XCM superstar saw Bigham go clear of the chasing group. Bigham dug deep and grabbed massive (and windy) 55km solo effort by the scruff, eventually coming across the line in 03:06:46, taking the win by over 5 mins from Sweden's Jennie Stenerhag (03:12:12) with Katazina Sosna (03:12:15) in 3rd.

We were lucky enough to grab a few words with the new UEC XCM Champion after her win to find out how the race went from her point of view... 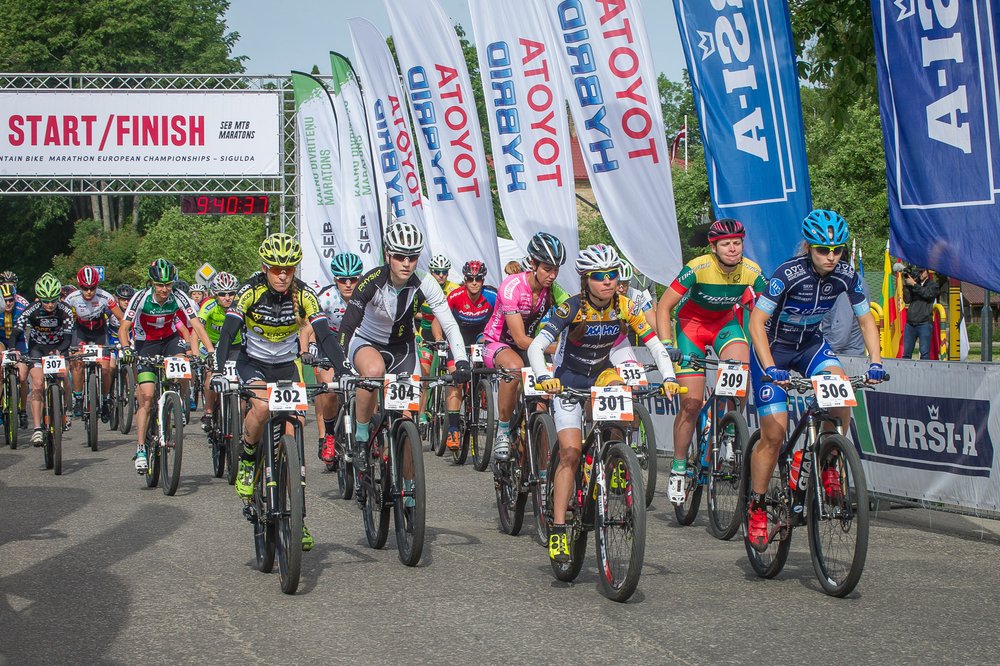 After training on the course - 80km with just 1300 metres of climbing - it was clear that it'd be a high speed race with riders staying together in groups to avoid wasting energy riding alone in the wind on the long open sections. Staying together in the peloton and sprinting for the finish wasn't really how I wanted the race to pan out but I knew it would be risky to ride alone in front while the chasing group worked together behind me. But not being one to turn an opportunity down I made a break from the group after about 25km leaving only 55km to go alone. When I knew that my lead was gradually increasing my attention started to turn to not making any mistakes and avoiding punctures! Riding up the final climb, hearing the incredible support from the crowds and knowing that I'd finally broken the Silver Spell was awesome... European Champion. Finally!"

And full results from the 2016 UEC XCM Championship can be found here - Velo.lv

Now the spell is broken, Bigham and her Topeak Ergon team mates will be hoping for a repeat of her Sigulda success on the 26thy June in Laissac, France and the UCI World Marathon Mountain Bike Championship.