What makes a person want to grapple with an ultra-endurance event like a 24 hour solo mountain bike race? Is it like Bob Brown, the deca ironman and Run across America winner, who realised the further he went the quicker he got. Is there a search for isolation and escape, possibly combined with the almost inevitable unravelling of one’s personality, the revealing of the bare bones and internals, and looking into mythical soul to see what burns within? Maybe it’s all these things and some we just don’t know. Now let’s complicate the question by asking if you choose to undertake such a huge challenge would you opt for a race in January, and in the highlands of Scotland... And what if you are just nine years old, how do these questions and pontifications add up?

Well, we thought the best way to find out was to speak to young Tom Seipp, and his dad Rich, who competed this year at the legendary Strathpuffer 24 hour race.

And yes... he was just nine years old! 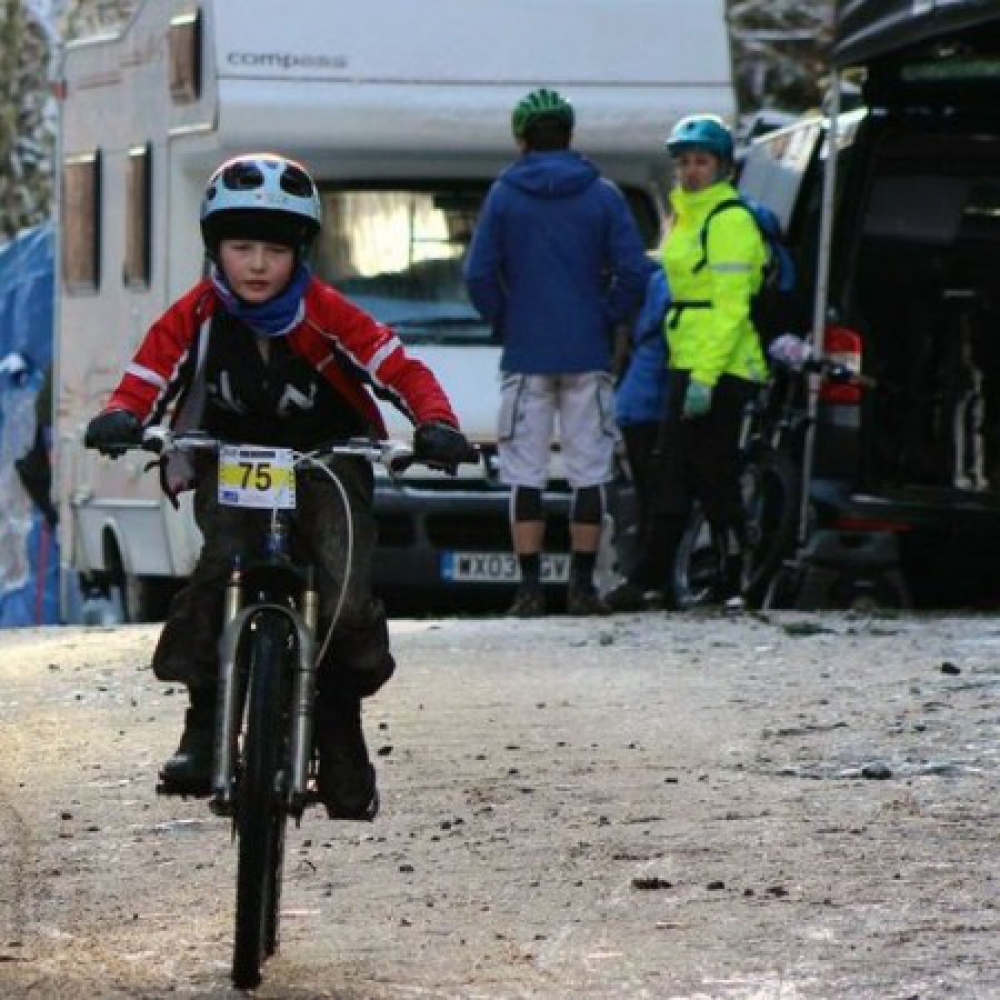 How did you get into riding bikes?


My first big ride was aged 5 when I went on a ride with my Dad and Sister. 36 miles down the Tissington Trail. It took us 8 hours.

What made you choose Strathpuffer?

Had you been before?

What was your overall aim?

What was your bike set up?


Trek Fuel full suspension bike with ice tyres. Next time I'll take something lighter though. It was hard work going up the hills.

How cold was it?


It never got above freezing. I had plenty of warm clothes though, so was never cold.

What was your favourite bit?


The muddy descent at the end.

What was the hardest bit?


Leaving the warm tent in the middle of the night after only an hours sleep.

What advice would you give to anybody thinking of doing it?


Do it. The race has a great atmosphere. Keep on riding and do not give up.

What was your favourite food when riding?

What's your favourite food at home?


I'd quite like my Dad to get me a Salsa Beargrease Fat Bike.

Where's your favourite place to ride?


Mam Tor's broken road. Tricky to ride all the way up. Fun to ride down.

Beside your dad who is your cycling hero?

Have you got a Nerf gun?


No. I do have a gun that fires snowballs though.


I really enjoyed my first coast to coast ride along the Hadrian's Cycleway when I was 7.

What did your friends at school say when they knew what you did?


They said well done. They were impressed with the trophy.

If your dad said you couldn't ride your bike when you wanted would
a) do what he says and maybe do some studying
b) ignore him and climbing out of your bedroom window and go for a ride
c) go and read ukxcnews.com instead

b. I like riding the jumps at the park with my mates. 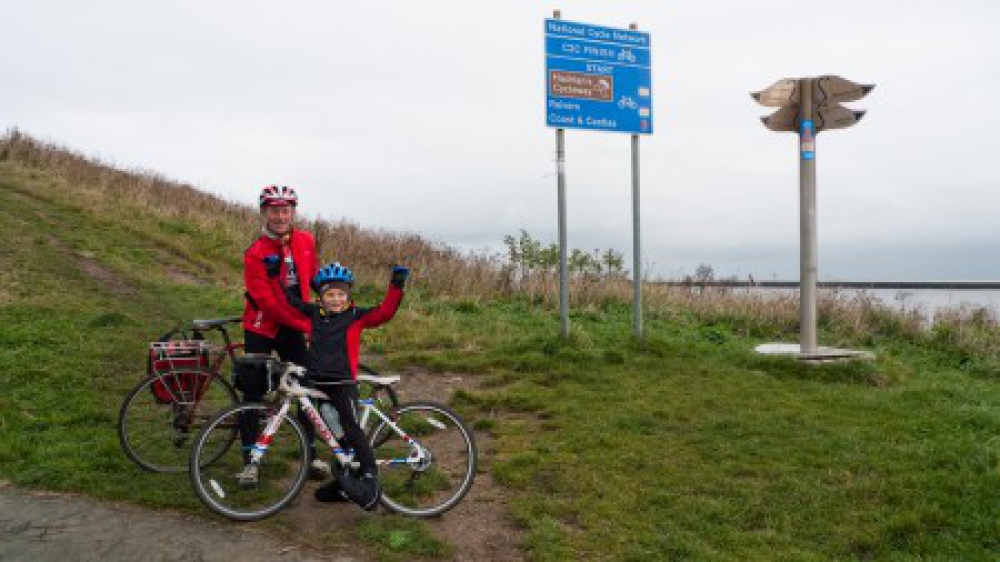 Who are you...and so on
I am 40 years Toms senior. I enjoy long distance bike rides. If things go well I normally place in the top 20 at 24 hour races.
I came 10th in last years Highland Trail 550 race. I have the 2nd fastest time ever for the 3 peaks cyclo-cross race on a fixed gear bike.

Besides Tom who is your cycling hero?

There are lots of inspirational cyclists out there. What Steve Abraham is attempting at the moment is incredible though.

If you were 'X' years younger would you like a Nerf gun?

There appears to be a hole in our lives. Tom and I both need Nerf guns now.

What do you think of Xbox's etc?

I used to spend a lot of time on the Playstation pre kids. They can be excellent training for the sleep deprivation element of 24 hour racing. Ahem.

What did your friends say when they knew what Tom was doing?

Most think it is ace what he does.

If Tom really wanted to ride but it was cold and wet & you had hard day legs aching would you
a) still take him out
b) hide upstairs and pretend you can't hear him and mutter stuff about really important job to do
c) go read ukxcnews.com together

I've already had this happen. The answer is to go and ride. He has to make me coffee first though.

You have been around the endurance mtb scene for a number of years and the pool of riders is quite small. From your experience what do think could be improved to expand its appeal ?


24 hour racing has peaked I think. The bikepacking scene is growing though. With either of these disciplines, you need to have a high level of fitness to even get to the finish.
Gravity Enduro looks like a lot more fun for the weekend warrior.

What next for Rich ?

We've a tandem on its way, so mostly whatever Tom is up to. The 186 mile Cairngorms Loop, Dales 300, Kielder 101 and Relentless 24, and as Tom said the HTR 550.
Maybe Strathpuffer again next year too.

A massive thanks to Tom and Rich for taking the time to chat with UKXCNews.com, and if you'd like to follow their adventure then why not check out their blog - www.minipips.blogspot.co.uk - or give Rich a follow on Twitter - @Richpips