The 2014 XCO season will be remembered for many things, one of those is sure to be the sheer volume of potential world-beating talent to emerge from the British Cycling Olympic Development Program.  So with the process of Rio 2016 qualification now well underway, we caught up with one of those shining lights, and a key figure in that hunt for Olympic qualification points, the current U23 National XCO champion and 2014 National Cross-Country Series winner, Bethany Crumpton. 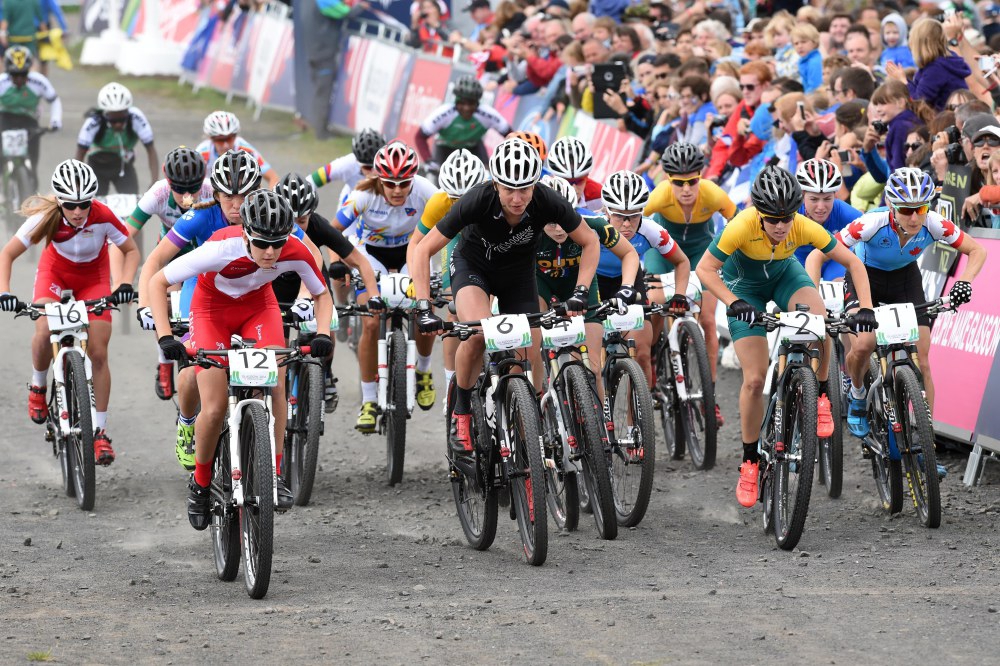 
Lets start by looking back at last season. You had so many highs and lows during 2014, is it possible to pick any specific highlights and low lights from the year? What was your stand out moment from the 2014 season?

"My low of the year was probably having a poor start to my World Cup campaign due to crashing and injury, I loved those two European rounds last year and had good results so I was really looking forward to capitalising on those results, and trying for a new best. I had a goal of a top 5 at a World Cup this year and my highlight of the year would be racing in the top 5 at Meribel world cup, it proved to me that I can be up there and racing with the best girls in the world. An unfortunate puncture for me meant I finished 7th, but I was more than happy with my achievement. Another would be definitely getting selected to represent England at the Commonwealth games in Glasgow this year, and getting my first taste of a major games experience, it was great!"

Still on the subject last season; given the opportunity of an 80's time travelling car, and enough road to hit 88 miles an hour, is there a moment you'd go back to and attack differently? Did you have any 'what if moment's'?

"Definitely!! There's quite a few for me, but a major what if moment was when I lead off my first world cup of the year in Nove Mesto, I lead the start loop and came round in the lead group of three, I was excited to be there with the best and feeling in great form. I jumped the jump whilst the other girls rolled it but I got carried away and took too much speed into the rock garden after wards and punctured, the what if of this situation though is, if I had noticed I'd punctured sooner I could have changed my wheel in the next pit and carried on, but I realised to late going into the first decent and I crashed out, I couldn’t walk, I ended up in Nove Mesto hospital on a drip and morphine, x-rays and came out on crutches, If I had never got to carried away I could’ve carried on in the lead group who knows, this made me not start the following world cup in Albstadt the following week." 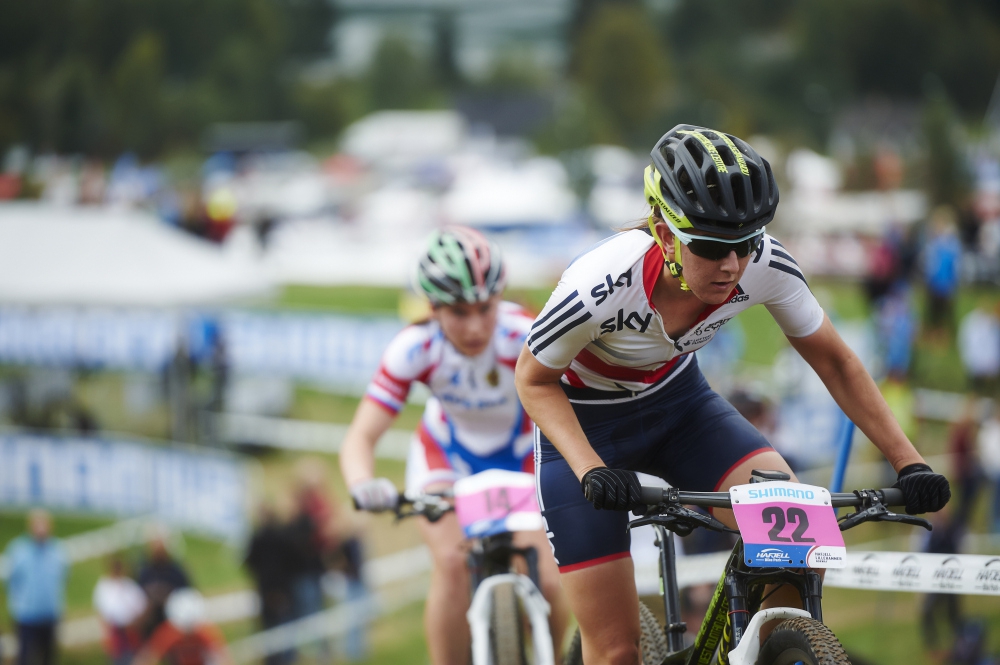 
I'd like to talk a little about the British Cycling Academy. The program as a whole is now starting the bear fruit and it seems that with such an amazing crop of young and talented riders, such as yourself, future British XCO success seems assured. How has the development program helped you this season? Could you describe to all the young hopefuls who maybe chasing a development program spot themselves, just what goes into producing such fantastic and exciting British talent?

"The programme is a great starting point to get introduced to the correct coaching, facilities, experiences and opportunities. It opens your eyes on what the life of a full-time athlete is and gets you into that mentality of wanting to get better and better. Phil Dixon coached me and the programme last season and the approach to training worked great for me, I enjoyed it and motivated me to get better. We all travel as a team all year long too, so it s a close-knit group of athletes working hard together, we push each other on and encourage one another, challenging one another in training, I find it great riding descents with the boys and it encourages me to ride out my comfort zone to try and stick on their wheels as much as possibly. We all enjoy racing our bikes and with the right coach, team and races we attend it all adds to experience and we thrive off it, it makes us want to get better next race. It's not easy, I accept that because I want to be the best I can be!"

I'm curious to hear how you started riding. What are your first cycling memories and can you talk us through your first ever XC race?

"I used to swim but after sustaining an injury I started cycling and never went back to swimming. I started riding road, track and cylco-cross first as an under 12 and under 14, I suffered on the road and track and I started to not enjoy it as much, I enjoyed cross I was better at that. When your young you always enjoyed the stuff you were good at. My dad encouraged me to have a go at mountain biking because that was the part of cycling which he loved and I took him up on it to see if I would enjoy it. With some help off Trevor and Keith (the guys behind WXC World Racing that was) which was Team Chance at the time, they leant me a mountain bike for the year as an under 14 which was great help as I couldn’t really afford one at the time. My first race was at the first National Points Series at Thetford Forest, I got my new bike on practice day and raced the following day, I blasted off the start line and into the single track, looked behind me and nobody was there, I won my first race which I was over the moon about and I really had fun too along with it too, so from then onwards I continued to race mountain bikes!" 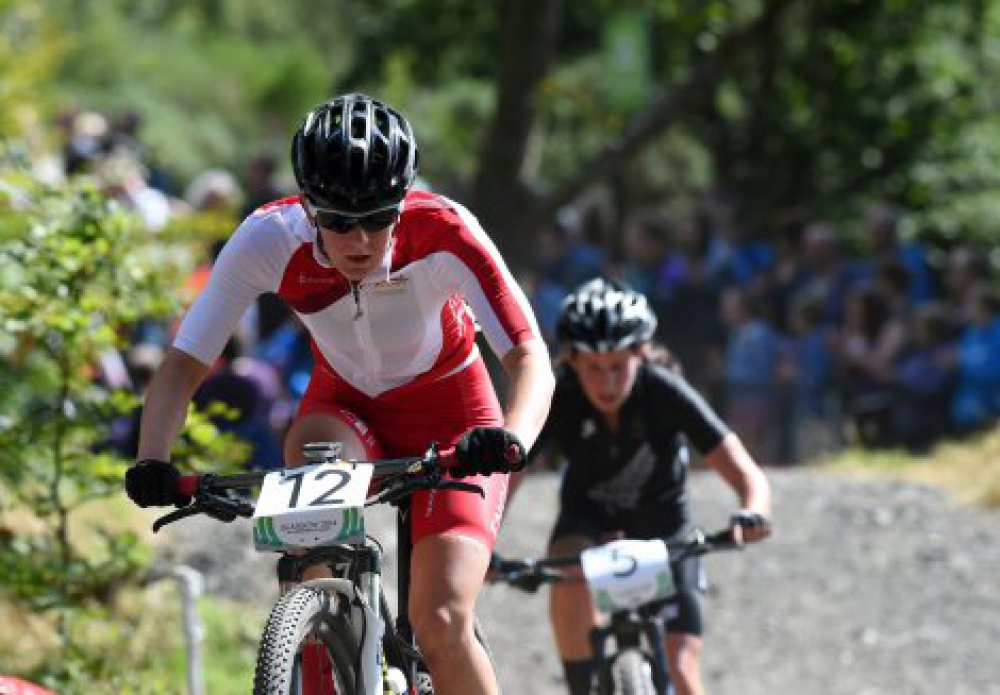 What tips can you pass on to any youngsters thinking of giving XC MTB a try?

"To play and have fun with it, try something new you might enjoy it. You can always ride new trails with mountain biking and test new skills and learn new stuff all the time (I still am). Ride in your local woods and just ride on the tracks, maybe even give building some a try. The better you are on your bike skilfully the more you will enjoy it, because you won’t be worried about technical features and just enjoy riding them instead."

Lets talk hero's and heroine's - who do you look up to and who would you say has influenced your riding style and ethos the most?

"I always find this a tricky question to answer! An all-time hero has to be Jens Voigt, like many other people, but his mentality to never give in and always keep going and not giving up on anything that he wants really has inspired me to always chase my dreams and ambitions; to not give up and to bounce back and keep on trying and thriving to be better. XC wise there isn’t a stand out hero/heroine for me, I love watching all the top girls and guys race on the live streams and in person, I feel I learn a lot from everybody because everyone has so many different characteristics." 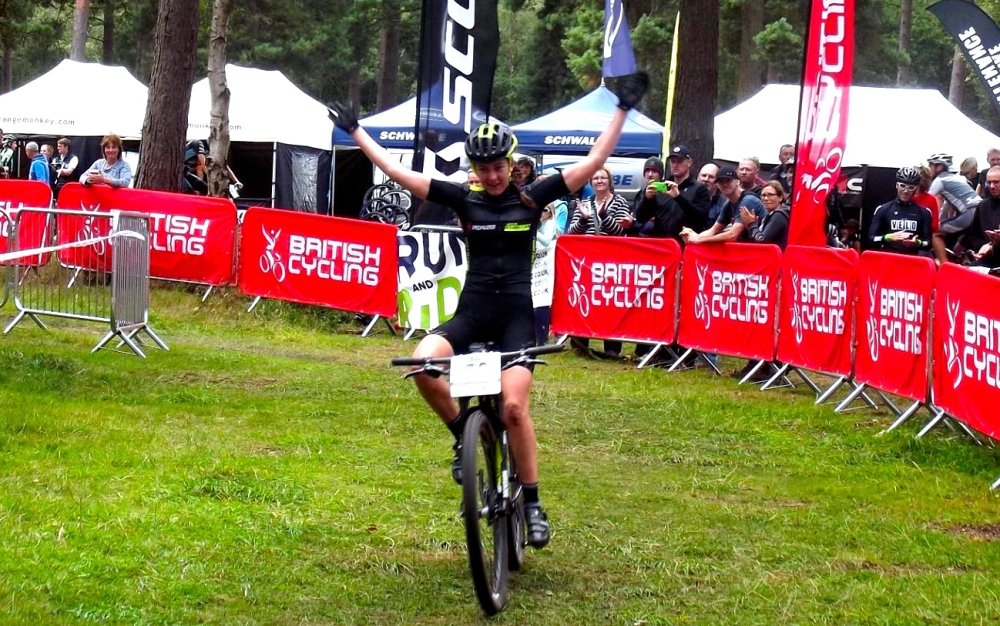 
OK, time for my favourite bit... Time to talk tech! Your current race bike... can you tell us a little about what you're riding, and also let us in to any personal additions?

"This year I raced on the Specialized Expert Fate supplied to me by the North West Mountain Bike Centre in Cheadle, Manchester. It's a top light-weight carbon frame, with carbon Roval wheel set. I ran Sram XX1 for the first time this year and loved it, saves on weight and being able to change chainring sizes easily was perfect. I also had Sram XO Avid brakes. The guys at NWMTB are great at upholding my bike with servicing and new parts, they really know their stuff!" 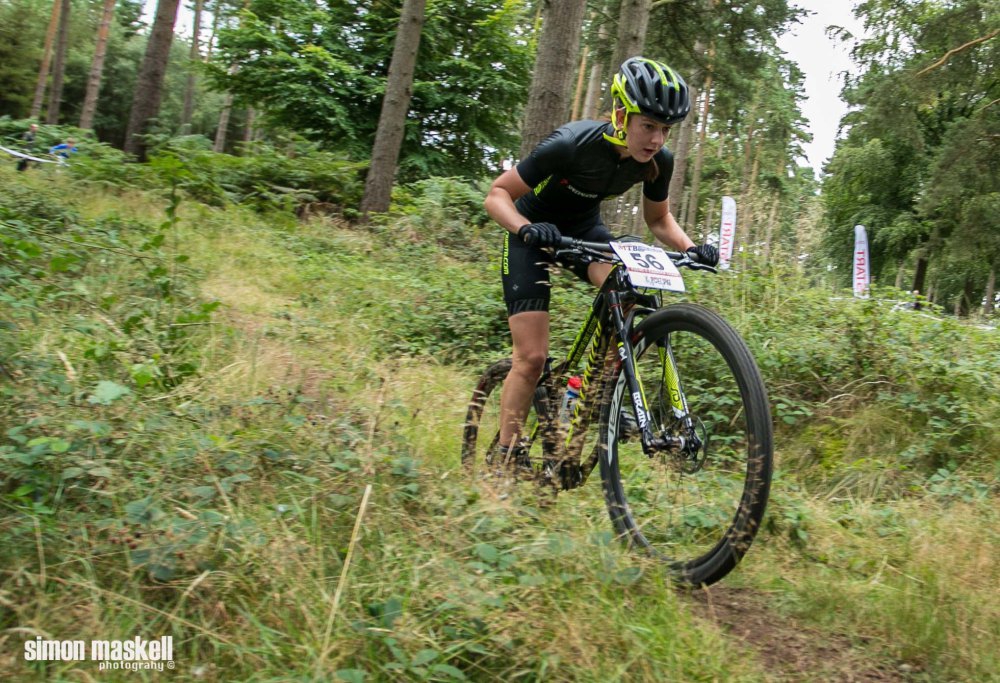 Before I let you get on with being one of the country's most exciting XC prospects, I'd like to ask what the future holds for Beth Crumpton? How is 2015 shaping up and what are you goals going forward?

"Next years logistics are still in progress, but I will definitely still be working with the guys at NWMTB and still in Manchester on the British Cycling Olympic Academy. 2015 is still pretty vague at the moment but I am still aiming to be racing as many World Cups, international events and championships as possibly, Olympic qualification has begun now and we are in full flow to be able to qualify 1 or maybe even 2 women's spots at Rio 2016. I want to achieve my top 5 World Cup goal still, and race the Elite National Championships next year making the move up from U23 and look to race for the win there. I also would like to get selected for European/World championship again and retain my Elite National Series crown too from this year!"

It leaves me to say a massive thank you to Beth for taking the time to answer our questions, and we wish her the very best of luck as she builds toward what promises to be another great season!! #Smashit